The leaf chewing beetle, Pyrrhalta luteola also known as Elm Leaf Beetle has been present in the Canberra Region for many years now, although more recently we have seen a downturn in the amount of damage to Elms, there is still often a need to treat your specimen trees to sustain them.

The symptoms of infestation are:

Treatment via stem injection for elm leaf beetle is best done in November when the tree is in full leaf. This maximises the uptake of the chemical (imidacloprid) and minimises the damage done by the beetle.

Treatment is also possible by soil injecting in early September so emerging leaves take up the chemical, however this form of treatment can have an effect on the soil flora surrounding the tree.

It is important to note, whichever treatment option is chosen, there will still be chewing damage before the beetles die from ingesting the poison.

Elm leaf beetles are a particularly damaging pest because all stages (larvae, instars and beetles) feed on the leaves often with multiple generations in one year. 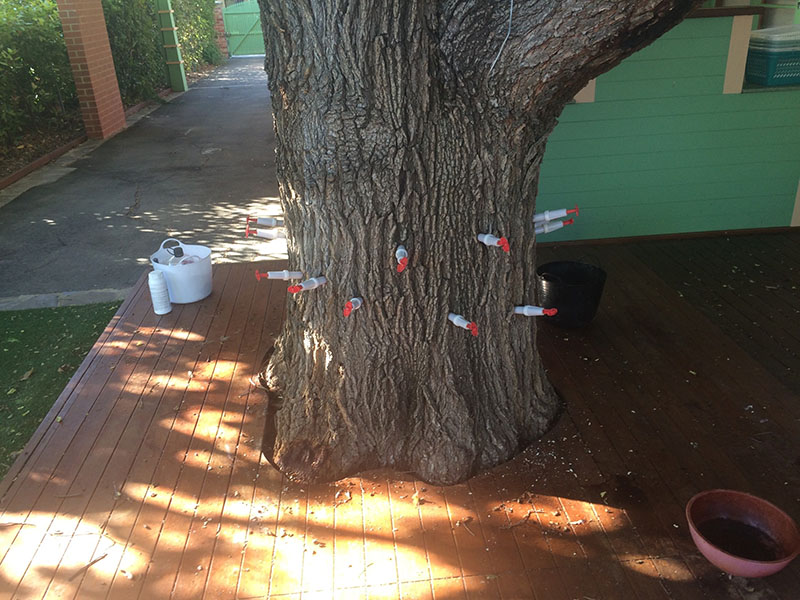